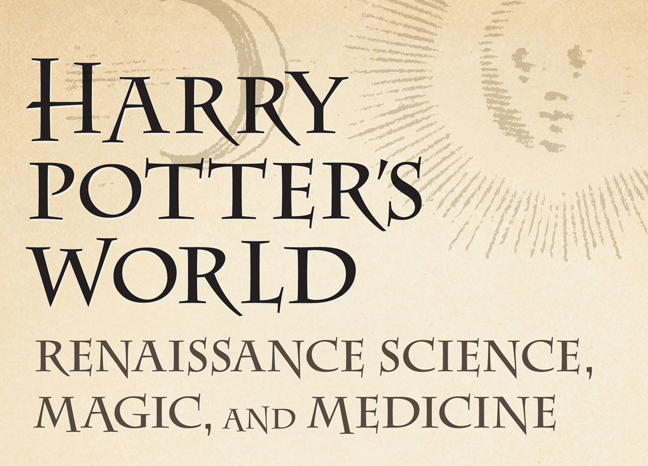 The lecture is being held in conjunction with an exhibit on display at YSU through Oct. 9 that explores the connections between Harry Potter and real life Renaissance science.

The six-banner exhibit from the National Library of Medicine is titled “Harry Potter’s World: Renaissance Science, Magic and Medicine.” The schedule for the exhibit:

“Although a fantasy story, the magic in the Harry Potter books is partially based on Renaissance traditions that played an important role in the development of Western science, including alchemy, astrology, and natural philosophy,” says the NLM website. “Incorporating the work of several 15th- and 16th-century thinkers, the (exhibit) examines important ethical topics such as the desire for knowledge, the effects of prejudice, and the responsibility that comes with power.”

More information on the exhibit here.

Granger is the author of several books on Harry Potter, including How Harry Cast His Spell, Hidden Key to Harry Potter, Unlocking Harry Potter: Seven Keys for the Serious Reader and Harry Potter’s Bookshelf: The Great Books Behind the Hogwarts Adventures.

He has been a featured and keynote speaker at Harry Potter conferences in Boston, Orlando, Las Vegas, Toronto, Los Angeles, Philadelphia, Illinois, San Francisco and Ottawa. He also has spoken at several universities, including Princeton, Pepperdine, Washington & Lee, La Salle, Cornell, Penn, Yale and the University of Chicago, as well as the New York C. S. Lewis Society and the New York Public Library. He has given more than 100 radio, newspaper, and television interviews.

For more information on the lecture and the exhibit, contact Cassie Nespor, curator of the Melnick Medical Museum and University Archives, at 330-941-3487.