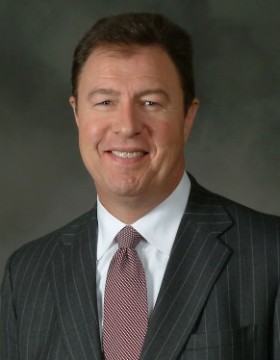 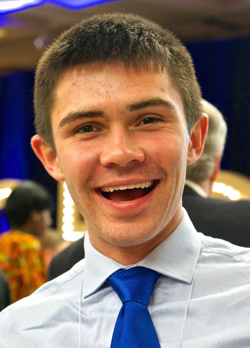 Gov. John Kasich has appointed Samuel W. Grooms, chief executive officer of Hy-Tek Material Handling Inc. in Columbus, as a member of the Youngstown State University Board of Trustees.

Grooms, who holds a bachelor’s degree in Business Administration from YSU, will serve a nine-year term that ends in April 2025. He replaces Harry Meshel, whose term on the board has expired.

The governor also appointed Allan Metz as a student member of the board. His two-year term will expire in April 2018.

Grooms, who lives in Westerville, has spent his entire professional career, more than 35 years, at Hy-Tek. Working his way through the ranks from Aftermarket Sales Representative and Capital Sales Representative to Vice President of Integrated Systems, Grooms was named CEO in 1997.

Headquartered in Columbus, Hy-Tek Material Handling serves customers in the United States, Canada and Mexico from offices in Atlanta, Cincinnati, Cleveland, Indianapolis, New Jersey and Philadelphia. Under Groom’s leadership, Hy-Tek’s revenues have grown nearly seven-fold in the past decade, with sales of $115 million recorded for 2015. Grooms has twice been a finalist for Ernst & Young’s Entrepreneur of the Year Award.

YSU’s Williamson College of Business Administration named Grooms the Outstanding Business Alumnus in 2014. He has served on the board of directors of the Material Handling Equipment Distributors Association from 1994 to 2002, was a member of MHEDA’s executive board from 1995 to 2002, and served as the association’s youngest ever president in 1999. He also served on Key Bank’s Advisory Council as well as NACCO’s Material Handling Group and Unarco’s Client Advisory Councils.

Metz, who is studying Biology/Pre-Med at YSU, plans to attend medical school and become a physician. He is a member of the YSU University Scholars Program, holds a 4.0 grade point average and has made the President’s and Dean’s lists.

Among his other activities: YSU Honors College trustee, president of the YSU American Medical Student Association, member of the YSU Biology Club, member of the STEM Leadership Society, treasurer of Alpha Epsilon Delta Honor Society for Pre-Health Professionals and volunteer/hospital aid at St. Elizabeth Hospital. Metz also was selected twice for the Research Experience for Undergraduates at the University of Michigan.