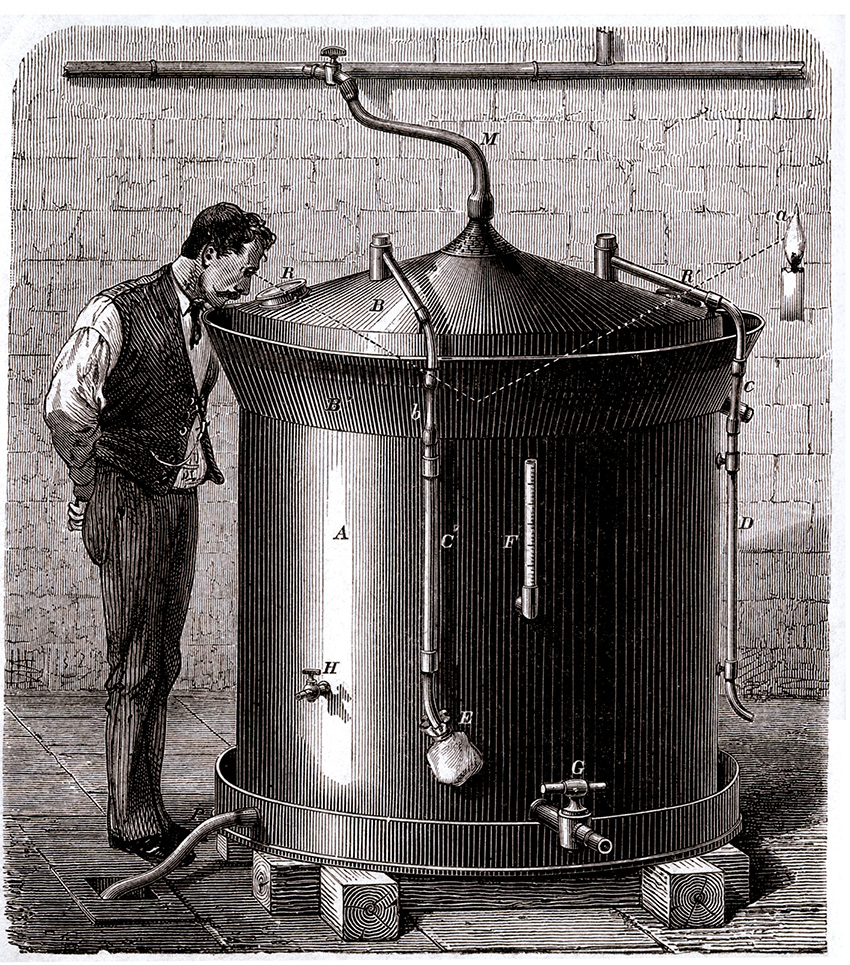 This engraving of a beer vat designed by Louis Pasteur, circa 1880, is part of the “From DNA to Beer” exhibit at YSU.

Youngstown State University’s Melnick Medical Museum has scheduled two free events at local breweries in conjunction with a traveling exhibit from the National Library of Medicine called, “From DNA to Beer: Harnessing nature in medicine and industry.”

The exhibit, which explores some of the processes, problems and potentials inherent in technologies that use life, is on display on the sixth floor of Ward Beecher Hall until May 13.

In conjunction with the exhibit, the museum is holding an event 6 to 9 p.m. Wednesday, May 4, at the Brewtus Brewing Company in Sharon, Pa. Guests will tour the brew area, sample beer and ask questions. In addition, a lecture and demonstration on the “Science of Brewing” will be held at the Rust Belt Taphouse at 112 West Commerce St., Youngstown, 4 p.m. Saturday, May 14.

The six-banner traveling exhibit, drawing from the collections of the National Museum of American History and the National Library of Medicine, is designed to help promote public understanding of the dynamic relationship between microbes, technology and science and medicine.

The exhibit, which has been traveling around the country since January 2014, explores how microbes, tiny organisms too small to be seen with the naked eye, have altered human history. Life forms such as bacteria, yeasts and molds can cause sickness or restore health, and help produce foods and beverages for consumption. Scientists, in partnership with industry, have developed techniques to harness the powers of these microbes. In recent years, technologies have used genetically modified bacteria to manufacture new medicines.

The presents these case studies of major scientific and medical accomplishments in the fields of biotechnology while showcasing the union with industry in how to best market and produce such discoveries to the public at large.