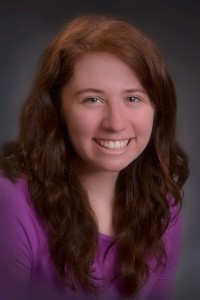 Ashley Orr has made the most of her time at YSU.

While attending a conference in Nebraska to present research on the combination of math and economics that led to the financial crisis, Orr was invited to join the Texas A&M math department this summer for a five-week undergraduate research experience called Mentoring Through Critical Points. In the meantime, she is finishing community service projects and training for the upcoming Canton marathon.

A Columbiana resident when she’s not living at YSU, Ashley takes all honors courses. “It’s just a little bit of extra work and gives me the opportunity to work one-on-one with my professors and create relationships,” she said. “There are people who really want to make us successful here.”

She’s a member of the Student Government Association, the Student Leadership Society and has been elected president of the University Scholars Trustees for the 2013-14 school year.  Ashley also developed and facilitates Penguin Pen Pals, a project with Harding Elementary School in Youngstown in which a hundred high-risk children write back and forth with YSU scholars. She’s also involved with Relay for Life, the Rich Center for Autism and other local community-service projects.

At this point, Ashley plans graduate school, and may pursue teaching afterward. “If I could do anything, I would do community service all the time, but it’s really hard to find a place to save the world with mathematics,” she said.

Tagged with
Student Success, Success Stories
May 14, 2013
A+ A-
Email Print