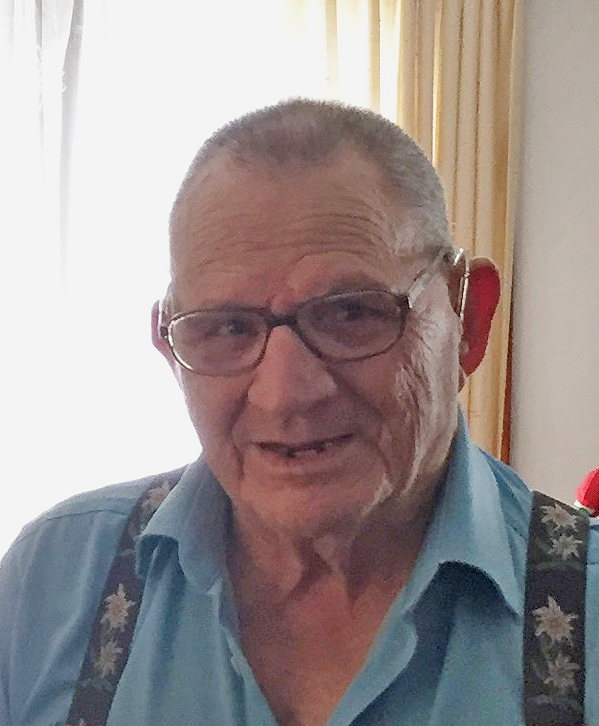 With his gift, the 1973 YSU graduate has established a perpetual scholarship designated specifically for graduates of Windham High School. The scholarship honors the memory of his wife, Anneliese Kimes, and her sister, Maria, and mother, Wilhelmina Berg.

“My wife and I always believed that education is one of the pillars of today’s society, and that is why I chose to honor her, her mother and sister this way,” said Kimes, who was a math and science teacher at Windham Middle School for 15 years. “I think a scholarship is the best way to help current and future students reach their full potential.”

YSU President Jim Tressel said scholarship endowments like the Kimes gift create a lasting legacy. “We at Youngstown State are so grateful for the generosity of donors like Mr. Kimes who value their own education and who want to provide financial assistance for deserving students for many, many years to come,” Tressel said today at a news conference at Windham High School. 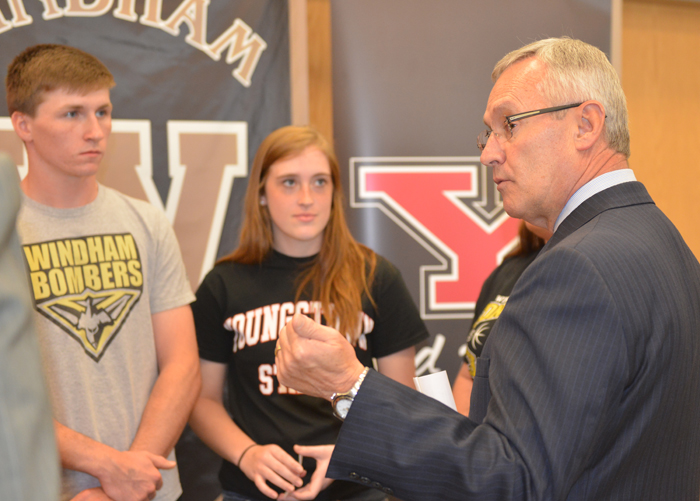 Gregg Isler, superintendent of Windham schools, said Kimes was his fifth grade science teacher at Windham. He thanked Kimes for the gift and the help it will provide students for generations to come. “We also are honored and excited to have President Tressel come to Windham today to make this important announcement,” he said.

Kimes, now 87, was a non-traditional student when he started at YSU, having spent the first part of his adult life serving nine years in the Army and working for a local business as a bookkeeper and logistics specialist.

He chose to give to YSU through the YSU Foundation, not only as a proud alumnus but also because he recalls how his professors worked with him and helped him finish his degree, even after he suffered a heart attack as a student. He earned a bachelor’s degree in Education.

Kimes married his wife, a native of Germany, in 1955, and they were married 59 years until her death in 2014. He enjoys building and upgrading computers and continues to cherish his wife’s European heritage by doing German crossword puzzles and watching German television programs.

To qualify, a scholarship applicant must be a Windham High graduate with a minimum GPA of 2.0 and with demonstrated financial need. The scholarship will pay one year of full-time tuition, books and fees for one or more recipients, depending upon available funds, and is renewable for up to three more years, as long as eligibility requirements are met.