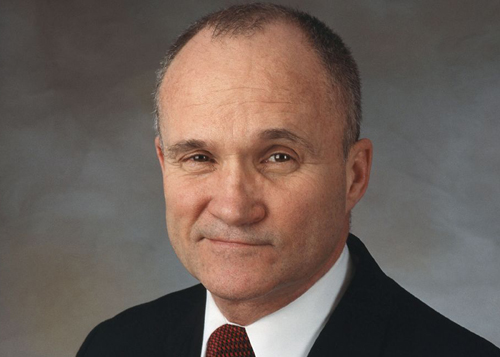 The lecture is free and open to the public, but tickets are required and are available at the Stambaugh box office starting Feb. 24. The box office is open 9 a.m. to 6 p.m. Monday through Friday.

With 50 years in public service, including 14 years as New York’s police commissioner, Kelly is one of the world’s most well-known leaders in law enforcement. Appointed in 2002, he was the longest serving police commissioner in the city’s history. He also served as commissioner from 1992 to 1994.

In 2002, Kelly created the first counterterrorism bureau of any municipal police department in the country. He also established a new global intelligence program and stationed New York detectives in 11 foreign cities. Under Kelly’s leadership, the NYPD lowered violent crime by 40 percent. He also dedicated extensive resources to the successful of any future terrorist attacks on the city. He also established the Real Time Crime Center, a facility that uses data mining to search millions of computer records and put investigative leads into the hands of detectives in the field.

Kelly is currently serving as president of Cushman & Wakefield’s Risk Management Services division. He is also a Distinguished Visiting Fellow at the Division on Foreign Relations and an ABC News consultant.