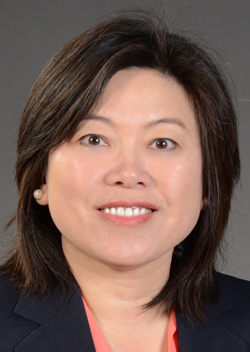 Helen Han-Haas, associate professor, Management, recently co-authored two papers that have been accepted for publication. The first, titled “Team Conflict Mediates the Effects of Organizational Politics on Employee Performance: A Cross-Level Analysis in China,” has been accepted by the Journal of Business Ethics, which is listed as among the Top 20 Business School journals by Business Week magazine. The second, titled “Good and Bad Simultaneously? Leaders Using Dialectical Thinking Foster Positive Conflict and Employee Performance,” has been accepted by the International Journal of Conflict Management. Han-Haas also recently presented a paper, titled “Can a Bad Boss Cost That Much? The Impact of Dark Side of Leadership on Employees’ Sleep, Emotions and Creativity,” at the Annual Western Academy of Management Conference in Kauai, Hawaii. She will present another paper, “Good and Bad Simultaneously? Examining Dialectical Thinking, Conflict and Creativity in Chinese Context,” at the Society of Industrial & Organizational Psychology Conference in Philadelphia.

Carl Johnston, professor, Biological Sciences, co-authored an article titled “Characterization, Sources and Ecological Risk Assessment of Polycyclic Aromatic Hydrocarbons (PAH) in Long-Term Contaminated Riverbank Sediments.” The article, which indicates that the Mahoning River is ranked as the second most PAH contaminated aquatic ecosystem documented in the scientific literature, was published in the journal Environmental Earth Sciences. 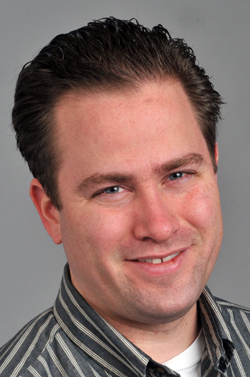 Daniel J. Van Dussen, associate professor, Sociology, Anthropology and Gerontology, graduate director of Gerontology and coordinator of Long Term Care, was awarded the 2015 Educator of the Year distinction by the Ohio Association of Gerontology and Education at its 39th annual conference. The award recognizes outstanding individuals in Ohio’s educational institutions who have advanced gerontology education and training for students and practitioners and who have used educational programs to improve services to older adults in Ohio. Awarded annually since 1979, it is considered one of the highest honors for gerontology educators in Ohio. As part of the honor, Van Dussen has been invited to be a highlighted presenter at the association’s 40th Annual Conference in April 2016.

Michael Jerryson, assistant professor, Philosophy and Religious Studies, has published an article, titled “Teaching and Learning Guide for: Buddhism and Violence,” in the spring edition of Religion Compass. A topical issue of Open Theology which Jerryson co-edited, and for which he co-authored an introduction, was also published in June.