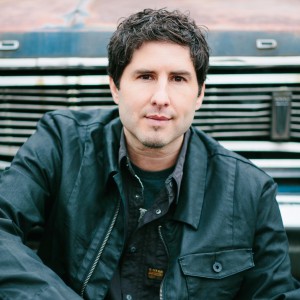 Matt de la Peña, the 2016 winner of the Newbery Medal, the most prestigious award in children’s literature, is the featured guest at the 38th annual Youngstown State University English Festival Wednesday, Thursday and Friday, April 20, 21 and 22, on campus.

More than 2,500 students grades 7 to 12 from more than 175 schools throughout the region will participate in the festival in YSU’s Kilcawley Center. Students attend lectures and compete in a variety of writing, art and musical contests.

de la Peña is the Thomas and Carol Gay Lecturer. He received the Newbery Medal, awarded for the most distinguished American children’s book published the previous year, for his book Last Stop on Market Street. He has also published a picture book about Joe Louis called A Nation’s Hope. de la Peña is perhaps better known for his six young adult novels, Mexican Whiteboy, Ball Don’t Lie, The Living, The Hunted, We Were Here, and I Will Save You.

In addition to de la Peña, this year’s James A. Houck Lecturer is University of Nevada-Las Vegas Professor Steven Bickmore, former co-Editor of the ALAN Review, the national publication of the Assembly on Literature for Adolescents. In addition, Bickmore created—and still manages—a national conference centered on Young Adult literature, called The YA Lit Conference.

Also at this year’s festival is Randy Testa, managing director of programs for Professional Education at Harvard University’s Graduate School of Education. Testa previously was vice president for Education and Professional Development at Walden Media, the film studio responsible for developing many young adult novels into motion pictures.