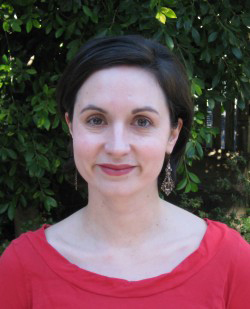 Musicologist Lisa Jakelski from the Eastman School of Music lectures on “New Music on the Move: Cultural Mobility at the Warsaw Autumn Festival” at 4 p.m. Friday, Oct. 9, in Bliss Recital Hall on the campus of Youngstown State University.

The lecture is free and open to the public and sponsored by the Dana Research Society, a student organization promoting student research in music. Parking is available in the Wick Avenue deck for a nominal fee. For more information, call 330-941-2307.

Jakelski is assistant professor of Musicology at the Eastman School of Music, University of Rochester. She has published articles in the Journal of Musicology, Twentieth-Century Music, and East European Politics and Societies. In 2013, she received a National Endowment for the Humanities Summer Stipend. She is currently completing a book on new music dissemination via the Warsaw Autumn Festival.

Jakelski’s lecture focuses on the Warsaw Autumn International Festival of Contemporary Music, which was one of the most important zones of cross-border cultural contact during the Cold War, for its programming featured musical works and performers from both the Soviet and American zones of influence. Jakelski details festival organizers’ efforts during the 1960s to seek out and pull the latest trends

into Poland, including music by John Cage as well as compositions by unofficial Soviet composers. She suggests that performances of avant-garde music at the Warsaw Autumn promoted the formation of cross-border cultural ties that were based on shared aesthetic values of sonic exploration and ongoing technical innovation. These connections destabilized presumptive hierarchies of cultural influence within the Soviet sphere and mitigated Cold War divisions. But although festival organizers were motivated in part by a desire to present an accurate image of postwar modernity, the resulting overview was often highly contingent. Demonstrations of border crossing at the Warsaw Autumn also depended, paradoxically, on rooting musicians and musical works in defined points of origin.