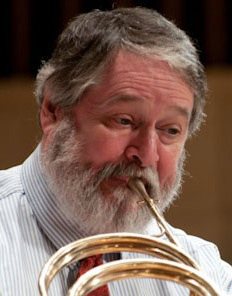 The free event is geared toward high school and college horn players. Students should bring their own instruments but do not need to bring sheet music.

Free parking will be available in the M-4 and V-4 surface lots along Wick Avenue. While reservations are not mandatory, students are encouraged to confirm attendance by emailing Mickens at srmickens@ysu.edu.

Greer is a recording artist, international soloist, natural horn pioneer, and Hultgren Scholar. A Wisconsin native, he began violin studies at age 4 and took up horn at age 12 due to a hand injury.

As a soloist, Greer has performed on natural and modern horn with some 50 orchestras in the United States, Canada, Mexico, and all across Europe.