Youngstown State University’s Bitonte College of Health and Human Services honored alumni and others at the annual Alumni Recognition Dinner on March 4. 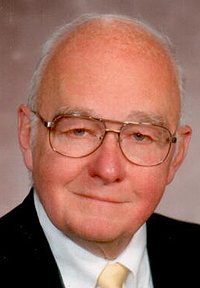 Randall Wellington, Criminal Justice and Forensic Sciences
Police work has been running through Randall Wellington’s veins since he graduated from South High School in Youngstown. He went directly into the Army, where he served as a military police sergeant during the Korean War. In later years, he returned to South Korea and was bestowed the Ambassador of Peace Medal. Wellington is a graduate of YSU with a Bachelor of Arts in Law Enforcement Administration, having been recognized as one of its Distinguished Alumni. He is a graduate of the FBI National Academy, the U.S. Secret Service Diplomat Protection School, the FBI Law Enforcement Executive School and the Lincoln Zonn Academy of Polygraph. While working at the Youngstown Police Department, Wellington rose through the ranks from patrolman, to sergeant, to vice squad chief, was promoted to lieutenant, to captain and then appointed to 14 years as police chief. Retiring after 41 years at YPD, Wellington was appointed and then elected sheriff of Mahoning County. He continued to mold the department into one with a high degree of excellence and is particularly proud that seven men from the department, nominated by him, were selected and are now graduates of the FBI National Academy. Wellington is an active member at St. Christine’s Parish and belongs to many public and private organizations. 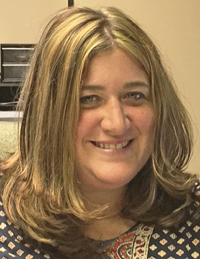 Erin Bishop, Health Professions
Erin Bishop is the Health Commissioner and Local Registrar of the Youngstown City Health District and has been employed by the district for the past five years. She received Bachelor of Science in Applied Science and Master of Public Health degrees from YSU. She taught several public health courses at YSU from 2001-2012, and although not in the classroom anymore, she welcomes students to do internships and field experiences at the Health District and introduces them to the many aspects of Public Health. She is the Co-Chair for the M/Y Baby’s 1st Infant Mortality Coalition and is on the leadership team for the Ohio Department of Health’s Ohio Equity Institute. Bishop serves as the Chair for both Access Health Mahoning Valley and Catholic Charities Housing Opportunities and sits on the Executive Committee for the Mahoning County Homeless Continuum of Care. She serves on the Youngstown Office on Minority Health, Family and Children and First Council, Pioneering Healthier Communities and Child Fatality Review Advisory Boards. Erin is a member of the Ohio Public Health Association, Association for Ohio Health Commissioners, and the National Association of County and City Officials. 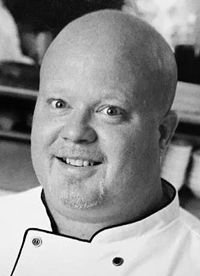 Timothy King, Human Ecology
Timothy King graduated from Campbell Memorial High School in 1991 and received an associate’s degree in Hospitality Management from YSU in 1995. He combined his love of fine cuisine with his hospitality background in his first position with Chrystal’s Restaurant and Catering, where he worked from 1995 to 1999. In 2000, King started as the Executive Chef for the Upstairs Restaurant in Austintown. In 2008 he was named Mahoning Valley Chef of the Year, and in 2014 he was named to the list of Best Chefs in America. Also in 2014, King partnered with Phillip Saadey to open a second restaurant, Saadey’s Place, also in Austintown. 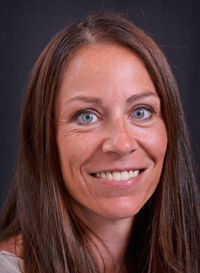 Sara Michaliszyn, Human Performance and Exercise Science
Sara Michaliszyn was a catcher on the YSU softball team and majored in Exercise Science. With the assistance of Jennifer Pintar, Michaliszyn obtained an internship at Hartford Hospital in Connecticut. There she conducted research under the mentorship of renowned sports cardiologist, Paul Thompson. Michaliszyn then earned master’s and doctoral degrees in Exercise Physiology at the University of Pittsburgh. Her primary focus was on energy metabolism in normal-weight and overweight women. While at Pitt, she also worked as a research coordinator, managing two clinical research projects in the Neurobiology of Psychosis Department at the Western Psychiatric Institute. To broaden her training, she took positions as a Post-Doctoral Fellow and Project Director at the University of Arizona. For six years she conducted research on exercise as it relates to the pathophysiology of diabetes, congestive heart failure and other chronic diseases. Michaliszyn then returned to Pittsburgh as a Post- Doctoral Fellow and utilized magnetic resonance spectroscopy to examine mitochondrial function and fatty acid oxidation. She is currently an assistant professor in the Department of Human Performance and Exercise Science at YSU. Michaliszyn has 18 peer-reviewed manuscript publications, 26 abstracts, and has given 18 professional presentations. She is the primary investigator on four grants and has been a journal referee for eight professional journals. 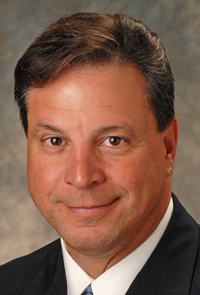 LTC (R) Richard Tropea, Military Science
Richard Tropea’s 22-year military career first began when he applied for entrance into YSU’s two-year ROTC program, where he attended Basic and Advanced Camp in addition to Airborne School. Upon completion of the program, Tropea qualified as a Distinguished Military Graduate nationally. He was commissioned as a 2nd Lieutenant and Military Intelligence Officer for the Army in 1979. His military career spanned over two decades (8 years active and 14 reserve), which included tours in Arizona, Japan, England, Germany, Washington DC and Michigan with accommodations for service during Operations Deliberate Force in Bosnia, Desert Shield and Storm in Iraq and Enduring Freedom in Afghanistan. He spent approximately 11 years of his intelligence career in or supporting CIA operations. He retired from the military in 2002. With his education background from YSU and an MBA from the University of Detroit Mercy, including post graduate studies in management at the University of Southern California, Tropea began a civilian career as a Financial Planner and currently serves as Senior Vice President of Tropea Capital Management of Raymond James in Birmingham, Mich. He continues to serve his community as President of the Association of Former Intelligence Officers, Michigan Chapter, and Chair of the Birmingham-Bloomfield Symphony Orchestra. Last year, Tropea and his wife, Colleen, of 31 years, started the LTC Rich and Colleen Tropea Scholarship program for worthy YSU ROTC cadets. 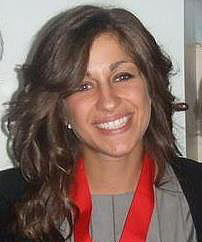 Maria Rohan, Nursing
For the past five years, Maria Rohan has been working at Rainbow Babies and Children’s Hospital as a Cystic Fibrosis nurse. As a Daisy Award Winner, Rohan has changed the face of nursing at Rainbow. She has gained a lot of attention by not only other nurses, but media coverage as far as the Today’s Show for her “Patch Adams” way of nursing. The body is not only in need of healing in a Cystic Fibrosis patient, but so is the soul. Her prescription everyday is love, and it is always administered in large doses. In the community, Rohan resides on the Young Professionals Board for Wigs and Kids, is President of the Building Board for I.AM.DANCE, and serves on the committee for Gigi’s Playhouse Achievement Center for Down Syndrome. She is currently the founder of The Pixie Dust Project, which is soon to be a non-profit organization doing and promoting random acts of kindness. She also holds four children’s chapters of the Pixie Dust Project, giving groups of children random acts of kindness missions monthly. In May, Maria will be putting on Steps Center for Autism’s first Prom for kids with autism. She also provides them with autistic based workbooks, which she writes, that they use in the classroom. 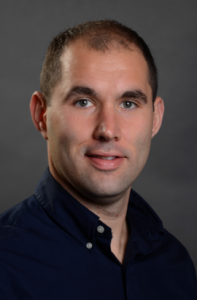 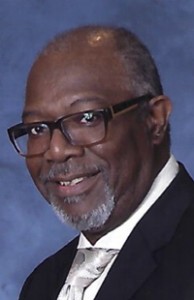 Rev. Willie Peterson, Social Work
Rev. Willie F. Peterson, a native of Youngstown, serves as the pastor of the NewBirth Kimmelbrook Baptist Church, Executive Director of the Center for Community Empowerment, a faith-based social service agency, and The Historic McGuffey Center, Youngstown’s African American Cultural Center. His community work includes volunteering for the city of Youngstown’s Community Initiative to Reduce Violence program. Peterson has also helped more than 250 ex-offenders receive and maintain employment or education through CCE’s NewBirth Project. Peterson’s history in community organizing involves such duties as facilitating and hosting grant-writing workshops, seminars and conferences both locally and nationally. He is a consultant for business, community, government and faith-based organizations. He’s a member of Ohio’s and the National African American Fellowship Ministries of the Southern Baptist Convention USA. Peterson is also a part time professor at YSU, teaching “Social Work with African American Families & Communities and Cultural Diversity Practice.” He is a member of the Youngstown Interdenominational Ministerial Alliance, The Baptist Pastors Council of Youngstown and the EB Family Life Center. He is married to Ella M. Peterson, and they have four children, 11 grandchildren and six great-grandchildren. He holds a Bachelor of Social Work degree from YSU and a Master of Arts in Management and Leadership from Liberty University, and he is presently enrolled in a Doctoral program at Liberty University. 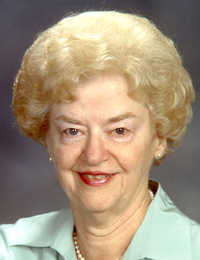 Dean’s Appreciation Awards
Dorothy Kennedy (posthumously), Nursing
Dorothy Kennedy, Professor of Nursing, devoted more than 25 years of service to nursing education in the Department of Nursing at YSU, starting her tenure in 1969 and retiring at the end of 1994 as Professor Emeritus. After earning an RN at Sharon Regional Hospital School of Nursing, Kennedy was awarded a Bachelor of Science in Nursing degree at Duquesne University in 1957 and subsequently two master’s degrees, one in education from Westminster University in 1961 and a Master of Science in Nursing from Edinboro University in 1988. She was instrumental in the development of the entry-level bachelor’s program at YSU. She took the lead in the Nursing Fundamentals course, the very first clinical, helping the early students along and often finding humor in their quest to move and feed a patient and manage a bedpan. Kennedy was a founding member and a long-term officer of Sigma Theta Tau International Honor Society of Nursing Xi Xi chapter. 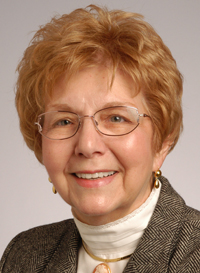 Grace O’Connor, BCHHS Dean’s Office
Grace O’Connor’s secretarial career collectively amounts to more than 30 years of experience. Prior to coming to YSU in 1981, O’Connor worked for Buckeye Pontiac, Buick Youngstown, the Mahoning Valley Industrial Council, Mahoning Valley Vocational School and Youngstown Air Base. Early in her career at YSU, she held positions in the Math and Computer Science Department, the William Rayen School of Engineering and the School of Education. In 1990, she transferred to the Office of the Dean in the College of Applied Science and Technology, which became the Bitonte College of Health and Human Services in 1993. From that point forward, she served the College for the next 15 years until her retirement in 2008. She served John Yemma, Founding Dean, for over 17 years.