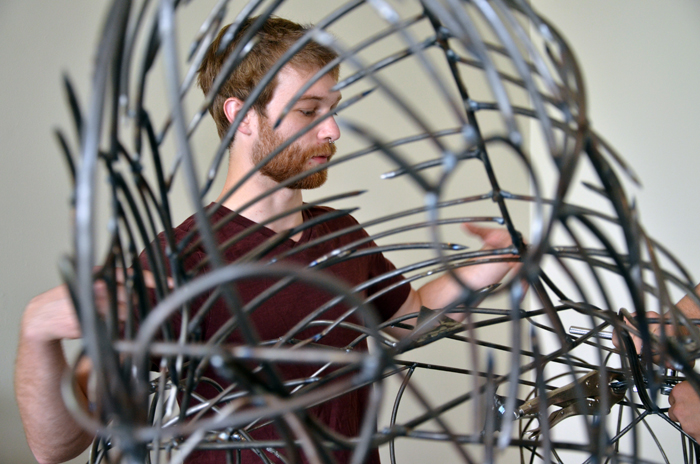 The artist named his creation “Interpreter,” but viewers usually prefer to call it “birdman.“

An art major, Newman designed the steel rod sculpture, now on display in Tod Hall, to resemble a half-man, half-parakeet. Ten feet long, with a beaked head and four-toed parakeet-like feet, the piece has two large wings on its back. 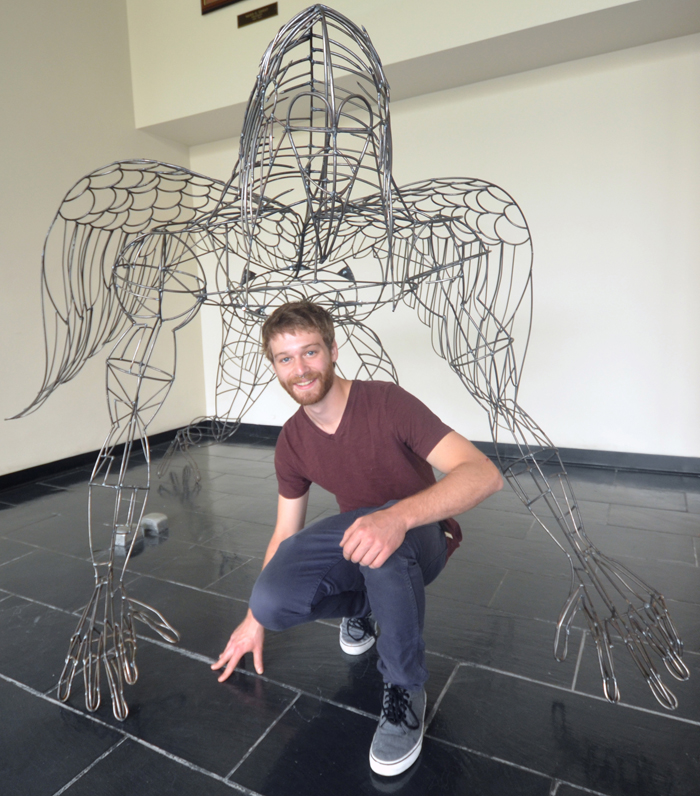 President Jim Tressel noticed the work this spring at the McDonough Museum and asked that it be placed on temporary display at Tod Hall. Newman gladly agreed, and he recruited a friend and fellow art major, Nick Carney, to help assemble the piece.

Newman is a native of West Middlesex, Pa. and is majoring in 3D studies, which includes sculpture and ceramics. After earning his baccalaureate at YSU, he plans to pursue a master’s degree in Fine Arts and hopes to teach art on the college level.