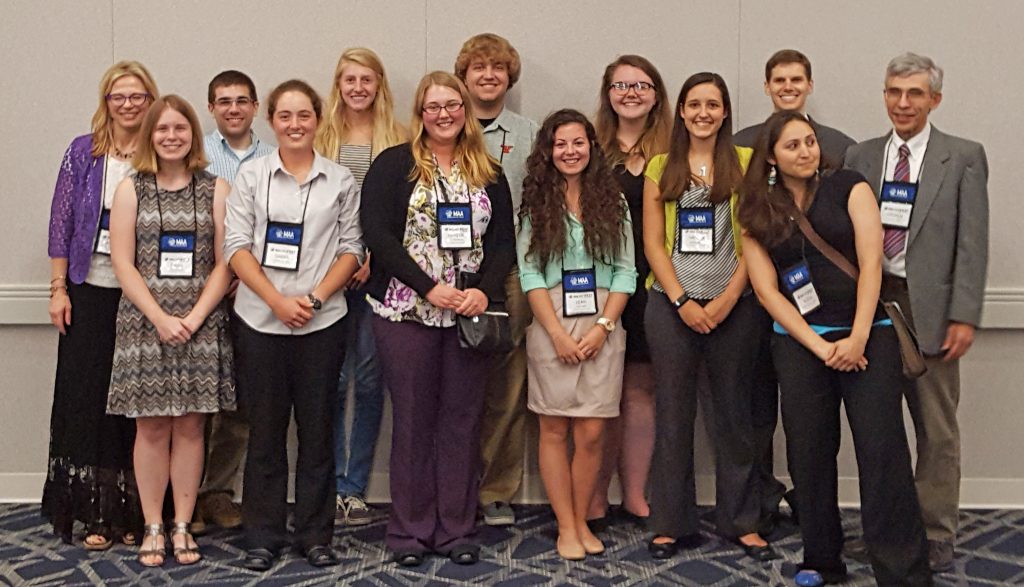 This is the second consecutive year that Busser and Van Scoy have won awards at the national event.

“This is an amazing achievement of our students,” said Alicia Prieto Langarica, associate professor. “They continue to win more awards than any other school and serve as examples at this national meeting of the outstanding students at YSU, the STEM College and the Department of Mathematics and Statistics.”

MathFest is the annual summer meeting of the Mathematical Association of America and Pi Mu Epsilon. In all, nine students represented YSU and seven gave oral presentations on their research projects.

Other YSU students making presentations were:

Leah Bayer of Brookfield, Ohio, and Elise Eckman of Poland, Ohio, also represented YSU. In addition, Bayer and Eckman, along with YSU student Zack While, were recently selected as CURM students for research projects at YSU through a grant under the direction of Prieto Langarica.