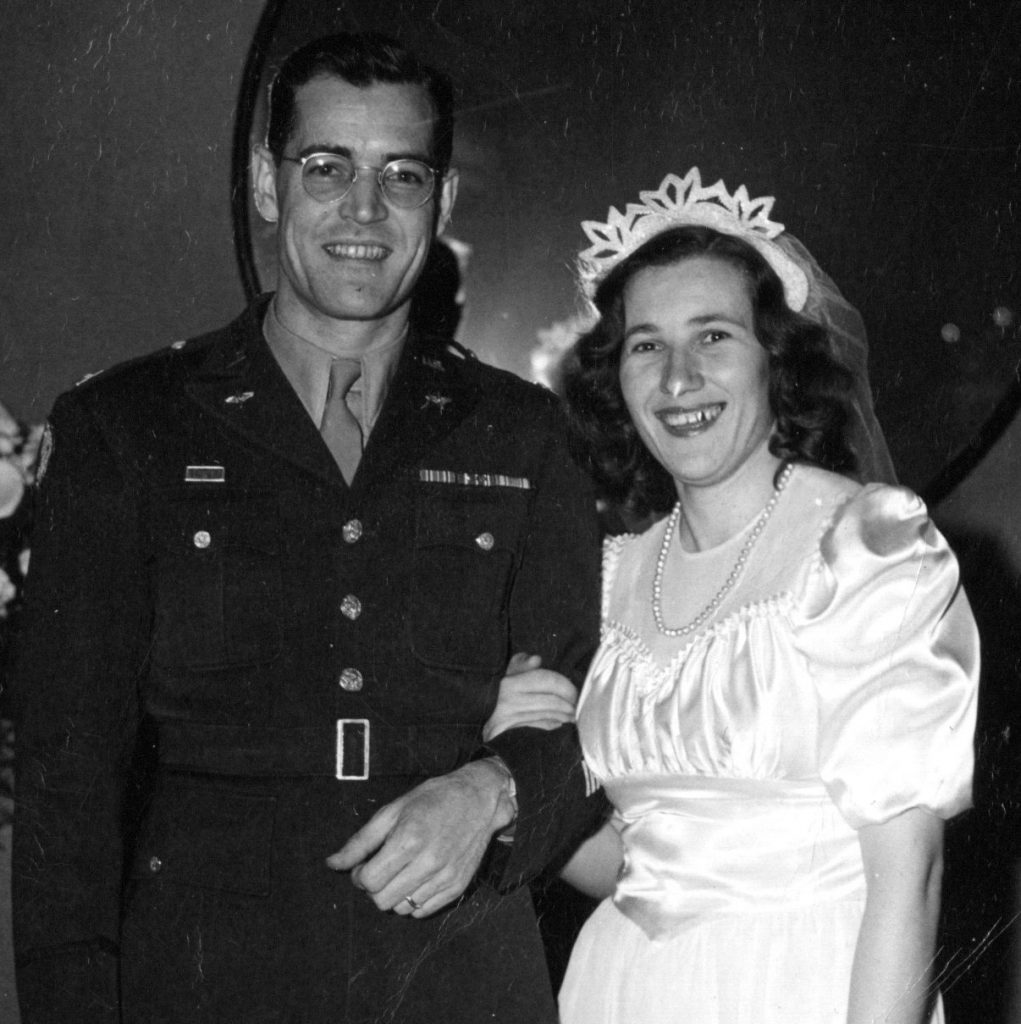 David and Helga Ives on their wedding day in 1946.

The estate of former faculty member David S. Ives and his wife, Helga, is donating

$1 million to Youngstown State University to expand several scholarships and to bring distinguished humanities scholars to campus to teach and conduct research.

“Professor Ives was an outstanding scholar and teacher, a champion for the university and a respected member of the community,” YSU President Jim Tressel said. “It is a great privilege to accept this most generous gift in the memory of David and Helga.”

Scott Schulick, a co-trustee of the Ives’ estate, added: “Helga and David were committed to the university and to the classics and the humanities. This gift will allow those passions to live forever at YSU. We are pleased to be able to support the university and to remember David and Helga in this way.”

The gift establishes the David and Helga Ives Distinguished Visiting Humanities Scholar at YSU. The funds will allow YSU to bring distinguished scholars to campus to teach classes, present seminars and conduct research. The position will rotate among humanities disciplines.

“With this gift, we plan to attract outstanding scholars from across the nation and the world to come to YSU to share their expertise with our students, faculty and the community,” said Kristine Blair, dean of the YSU College of Liberal Arts and Social Sciences.

“I only met Mr. Ives once, but from numerous conversations with Mrs. Ives I learned of his deep commitment to the humanities, a passion which Mrs. Ives shared,” said John Sarkissian, professor and chair of the YSU Department of Foreign Languages and Literatures.

“Mr. Ives’s erudition enabled him to teach a wide variety of courses, and it is fitting that this generous gift from their estate will enable us, over time, to bring to campus distinguished scholars in all the various disciplines of the humanities.”

The gift also will provide funding to the endowment for the YSU English Festival, one of the most successful and enduring annual events at the university. The three-day festival attracts about 3,000 middle and high school students to campus. The endowment supports ongoing operations of the festival.

“We want to thank the Ives for this donation and for helping us reach our $100,000 endowment goal,” said Angela Messenger, director of YSU’s Writing Center and festival co-chair. “This will allow students to continue to enjoy this event for years to come.”

The gift also includes the following donations: nearly 5,000 books, including a couple rare books that will be restored, and more than 1,400 record albums of classical music to YSU’s Maag Library; military memorabilia to the YSU Veterans Resource Center; memorabilia about YSU and the Ives to University Archives; and a century-old tapestry to the Dean’s Office in the College of Liberal Arts and Social Sciences.

In World War II, he served chiefly as an intelligence officer. He retired from the Air Force Reserves in 1969. During the war, he met Helga de Agostini, who was born on the Italian Istrian Peninsula. Helga was a graduate of the University of Naples Federico II with a degree in the sciences and was enrolled in medical school when Nazi Germany took her as a prisoner of war. They were married on Helga’s birthday in Foggia, Italy, on March 17, 1946, before returning to the United States. They resided in Youngstown, where Ives accepted a position at Youngstown College as associate professor of Classical Studies with emphasis on Latin and Greek. Known on campus as “Mr. Greece,” Ives was the chairman of the Ancient Languages department and an original member of the Academic Senate. He also was a charter member and twice president of the American Association of University Professors.

The Ives had a son, Sandor, a graduate of YSU, who is deceased. They travelled extensively, visiting 46 countries. Even after Ives’ death in 1991, Mrs. Ives remained connected to the Military Officers Association of America and volunteered with the American Red Cross, driving veterans to hospitals. Upon Mrs. Ives’ death in September of 2015 she named Schulick, her financial advisor, and Mark S. Makoski, her former banker, as co-trustees of her estate.

News Briefs, Press Releases, Uncategorized, Worth A Read
June 29, 2016
A+ A-
Email Print